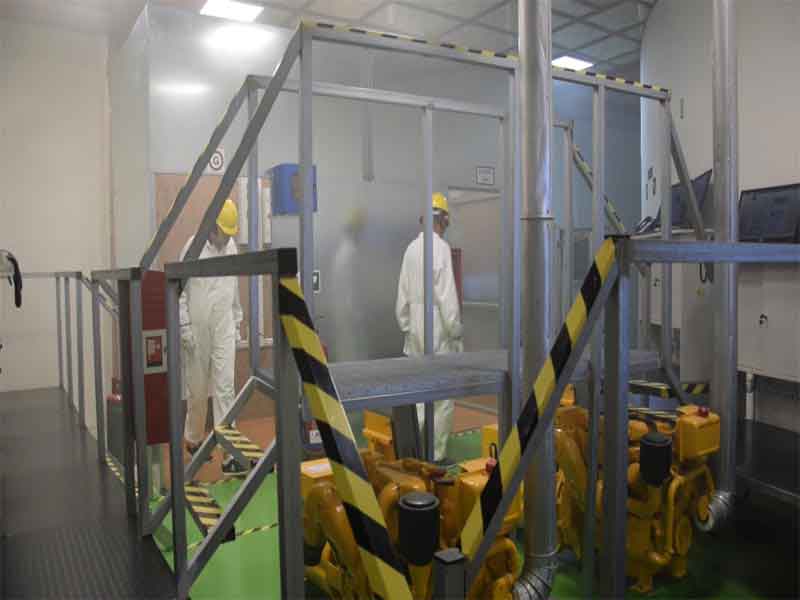 In the era of naval gigantism, the largest and most technologically advanced ships need to train onboard personnel respecting high training standards.

The navigational officers who will have the burden and the honor to be part of the crew of these floating skyscrapers will have to be ready and reactive to any eventuality, in order to avoid huge disasters. The search for innovative teaching methods in training centers for seafarers is becoming increasingly important in order to avoid loss of life, environmental and insurance repercussions. In this new optical the course in Real-training carried out from the center of formation for the shipping IMAT of Castel Volturno was born. The maritime academy, founded in 2005, now covers an area of 300,000 square meters, housing ultra-modern equipment and a private lake for rescue exercises. Currently, it has contracts with beyond 30 companies of navigation, divided between several fields of the world shipping, offering annually courses of formation to beyond 15.000 operating officers on ships from cruise, offshore or ferries. the day 31 May near the center of the structure, 50 officers of the Vroon, societies of offshore ships, sorted in 4 simulators (deck simulator, machine simulator, fire area, and rescue platform), have inaugurated the Real-training experience. The new test aims to recreate real rather than simulated and abstract scenarios, in order to make the formative experience adherent to the increasing needs of safety and professionalism, required in the new era of naval gigantism.

The course is divided into two parts, says CEO Cap. Trapanese, the first part where there is a fire onboard and the second in which the extinguishing of the flames and the consequent abandonment of the ship.

The first part of the exercise is carried out between the deck and machine simulator. Officers on board the offshore ship directed to an oil rig, carry out normal check activities, until the arrival of an alarm propagated by the engine simulator. The alarm will materialize in a fire on board, which will start the safety operations in the simulator built ad hoc, that is in the area dislocated a few kilometers from the headquarters. The 4 scenarios follow an almost contemporary alternation, the simulation ends with the abandonment ship through the aid of a floating platform, set up by IMAT and moored in Castel Volturno lake. The structure built by I.M.A.T. for the development of the courses PSCRB and FRB, that is for the seafarers and the rescue boat is first in Europe in its kind. But this excellence of the Campania territory is still distinguished for the future plans in yard, they include the new simulators for the ships to which liquified natural gas (LNG), a simulator for navigation between the ice (Polar Code) and IMAT CUBE , the accelerator of enterprises that promises to decline established start-ups of the 4.0 industry in marine key. The strong point of IMAT is to have chosen to pass from an individual formation of the seafarers to a total formative plan that involves the entire crew.

Watch the video of the first real-training course.

← Visit of Gaetti The best side of training →